Staring at the tenth hour of college football on a holiday weekend with my husband Jamie, I looked up from my magazine and noticed something odd about the score on the screen.

He gives me an innocent look. “What? It’s a game. It’s Michigan vs. Ohio State.”

I have never been the queen of sports, but after being married to a sports guy for ten years, I am not that dumb.

“This isn’t today, though,” 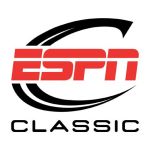 “What do you mean, not exactly. You’ve seen this game. Like 10 YEARS AGO.” I point out.

He grins. I’ve been scammed again by an ESPN Classic game that adds to an already packed college/NFL/high school game weekend. There are plenty of new games to watch. Do we really need to pile on with the classic Cal vs. Standford vs. the marching band game? We already know what happens. (the band gets run over)  I mean, there’s no suspense!  There’s nothing on the line!  It’s been PLAYED BEFORE.

So I commandeer the remote.

“Since you’ve already seen this, how about I flip around?” I say nonchalantly.

And what do I find? On holiday weekends, cable is littered with ultimate must stop and watch movies.

A Few Good Men: I always hang in for Jack on the stand. Demi Moore is useless, but solid cameos by Keifer and K. Bacon.

The Fugitive – Never fails that I tune in when Richard escapes Tommy Lee Jones and gets lost in the St. Patrick’s Day parade.

One more click and suddenly I land on the ultimate must stop and watch.

Legally Blonde. I don’t know why, but this movie has a tractor beam that pulls me in. Not sure if it’s the pink outfits, cartoonish characters or Luke Wilson when he was hot-ish (and thin-ish). Or the bend and snap.  Plus it has a suspenseful courtroom scene.  I object!

I feel eyes staring at me.

“So,” Jamie says. “You’ve never seen that movie before.”

“You already know how it ends,” he says.

“Elle wins the case” he says.

“And Michigan wins the game,” I add.

Oh. So, perhaps ESPN Classic isn’t so stupid after all.  But thank  goodness for two televisions in the house.

Bonus question:  So… what are the movies you have to watch when you find them on cable?